How to Tell It’s Your True Calling

Wondering what to look for in a True Calling?
Here’s a primer… 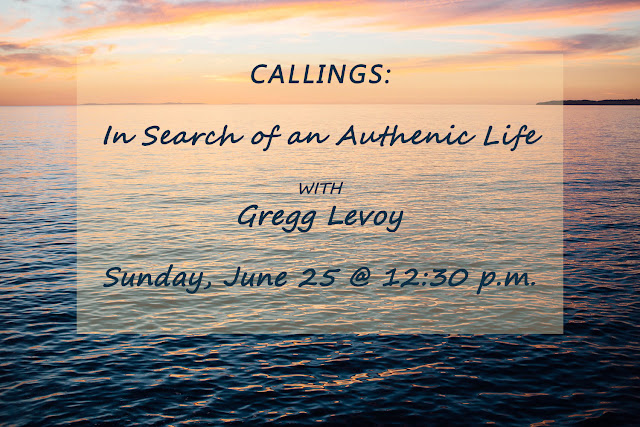 I used to do a lot of stone sculpting, and when you want to find out whether a stone is “true,” you bang on it with a hammer. If it gives off a dull tone, that means the stone has faults running through it that are likely to crack it apart when you work on it. But if it gives off a clear ring, one that hangs in the air for a moment, that means the stone is “true,” has “integrity,” and most importantly, will hold up under repeated blows.
This is exactly the information you need to know about your callings. You need to know it rings true, has integrity, and is going to hold up under repeated blows—the kind the world specializes in, the kind you’re going to encounter the moment you take your callings and convictions out into the world, where they’re going to get banged on.
One of the best ways to find out whether they’re “true” is to get into the habit of continually tapping in and listening to yourself with what Saint Benedict called “the ear of the heart.” It’s the core of what we’ll be exploring in the Callings workshop at CSLCV on Sunday, June 25, and the heart of what spiritual traditions refer to as discernment, of clarifying your calls. And it sometimes requires not just pick-and-shovel work, but patience on the order of years.
It also helps if you know what to look for—what characterizes “integrity” in a calling.
It’s one of the questions I routinely asked the people I interviewed for the Callings book: How did you know it was a true call? How did you figure out you were on the right path, or that you were the right person? How did you know whether the call came from soul/God/passion, or whether it came from ego/wishful thinking/the desire for financial security/the desire to show the bastards?
The responses people gave me were so consistent, I can list them for you. Here are six signs that a calling is “true”:
1) It keeps coming back, no matter how much you ignore it. A poet named Francis Thompson once wrote a poem called Hound of Heaven, which is about God. He referred to God as a hound-dog because of what hound dogs are famous for, which is tracking people down. They can get one whiff of you and follow you for a hundred miles. In other words, our callings may be “still small voices,” but the true ones have staying power. It’s the blessing and the curse of them—the search party doesn’t retire.
2) The true calls tend to come at you from multiple directions—gifts, talents, dreams both day and night, body symptoms, synchronicities, the books that mysteriously make their way onto your night-table, the way events and opportunities unfold in your life. In other words, there’s a clustering effect, and you’ve got to connect the dots.
3) There’s a feeling of rightness about it. It just feels right. You may not be able to explain it, but you can’t deny it either.
4) Your enthusiasm for it tends to sustain itself over time, and doesn’t just peter out after a few weeks or months or semesters. You even feel a kind of affinity or affection for all the mundane tasks involved in bringing these calls to fruition, and they all have them. No matter how exalted, every calling has its version of licking stamps and stuffing envelopes, making cold calls and tacking posters up on telephone poles.
Author Malcolm Gladwell calculates that mastery in most endeavors requires at least 10,000 hours of dedicated practice—the math: 90 minutes a day for 20 years—and anyone who’s ever been in a play or a band knows that the amount of time they spend rehearsing compared to performing is something like 90-10. But it’s passion that largely explains people’s willingness to put up with that equation. To practice the same lines or lyrics for thousands of hours for the chance to go public with it barely a tenth of the time.
5) It will scare you. Some people even told me that they figured if a call felt safe, it probably wasn’t the right path, but if it scared them, it probably was, because it meant they were close to something vital.
I’m always amused by a bumper sticker campaign I see all around the country on my travels. I think it’s for a clothing company, but it says, “No Fear.” And I don’t buy it. Fear is a biological imperative—it’s hardwired in us. The fight-or-flight mechanism is a perfect example. I think what can happen sometimes is that something else becomes more important to you than the fear you feel, and then you act with real courage and conviction. But no fear? I don’t think so. In fact, I saw one of these bumper stickers in Arizona a few years back. Same sticker, but with a slight alteration made in it, I think in the name of credibility. It said, “Some Fear.”
6) The truth or falseness of a calling is ultimately in the results. In other words, you’ve got to be willing to try it out, to experiment, to go down the path a little ways—even if you’re not sure it’s thepath—and take field notes.
What you do is take a step toward a call and look at the feedbackyour life gives you. Take a step and see if your energy expands or contracts. Take another step and see if you feel more awake or more asleep. Another step—what do your dreams at night tell you? Another step—what does your body tell you? Another step—what do your friends tell you? It’s the old gospel criteria: by their fruits you shall know them.
***** 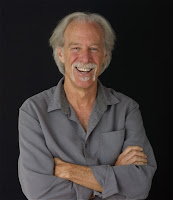 Gregg Levoy is the author of the bestseller Callings: Finding and Following An Authentic Life (Random House)—rated among the “Top 20 Career Publications” by the Workforce Information Group—and Vital Signs: Discovering and Sustaining Your Passion for Life (Penguin). He has keynoted at the CSL Asilomar Conference, Smithsonian Institution, Environmental Protection Agency, National Conference on Positive Aging, Microsoft, American Counseling Association, National Career Development Association, and others, and been a frequent guest of the media, including ABC-TV, CNN, NPR and PBS.
A former adjunct professor of journalism at the University of New Mexico, former columnist and reporter for USA Today and the Cincinnati Enquirer, he has written about callings for the New York Times Magazine, Washington Post, Omni, Psychology Today, Reader’s Digest, and many others. His website is www.gregglevoy.com.
** This blog post is adapted from Gregg Levoy’s book Callings: Finding and Following an Authentic Life (Random House).
Share this post