FIVE SIMPLE AND ESSENTIAL STEPS TO GETTING WHAT YOU WANT

FIVE SIMPLE AND ESSENTIAL STEPS TO GETTING WHAT YOU WANT
A  former client sat in my office totally overcome by his family conditions. I was aware that he was depending on me to help him navigate through his despair and back to his sense of living his familiar, satisfying life.  I was also aware that recently I had also allowed myself to get caught up in conditions and was not feeling particularly optimistic myself.
During the past few weeks, there have been an unusually high number of events that seem to scream and demand that we react in fear and/or anger to our conditions. There was a mass shooting in Las Vegas that affected multiple families that I or my wife know personally, the hurricane that devasted Puerto Rico where my wife Yolanda has extended family and a friend whose family are in more danger than is reported by general news outlets, fierce and destructive fires in Northern California that destroyed thousands of homes and caused deaths while  simultaneously right here in Orange County fires destroyed a number of homes and caused mandatory evacuations by people I know personally, plus there are continuous national news reports of threats of war. And at the same time, people close to me were experiencing significant health challenges. I acknowledge that I was struggling to stay centered in Truth and not allow myself to become overwhelmed.
A Miracle Is Simply A Willingness To Believe A Better Idea
I realized that I had allowed myself to neglect my daily Spiritual Practices. I allowed myself to feel too busy to start my day re-centering myself in Truth. Daily Spiritual Practices  are called daily practices for a reason. Just because  I did a lot of breathing yesterday does not exempt me from the need to do daily breathing again today. Some things do not store well.   As always, whenever I neglect doing my daily practices daily , sooner or later I begin to feel controlled by conditions instead of using what I know to shift my conditions. I suspect many others experience this as well.
At times like this I am so grateful for this teaching and as I “snap out of it” and resume using the knowledge and tools that I have learned, my experiences change and everything improves. It has been truthfully said that when we change how we think about conditions, conditions change.
I started having an influx of clients who needed to know many of the exact same things about which I needed to remind myself.  In addition, I was fortunately the scheduled speaker at our Wednesday night service, “Wednesday Wisdom”. It is hosted and  facilitated each week by Reverend Judee Chapman. The topic had been chosen months ago and was titled “Five Simple Steps To Get What You Want”. It was the perfect refresher of what I needed to remember.
Anytime we want to bring a new experience into our lives there are five steps that must be done. I used to teach four steps. I have recently re-discovered that there is a another step. That new “first step” makes the whole process easier and more effective.
Step 1. Shift Your Mood
1. Find something to read, watch, or listen to that can shift you to a more optimistic mood. There are sites on the internet full of inspiring stories. A good source is to search youtube for an inspiring America has talent episode or Britain, Bulgaria, Slovakia etc has talent ( they are everywhere). Many of these are so uplifting they warm your heart. Lately, I have been listening to a youtube music video by Natalie Merchant called “Wonder” It is from 1995 and is  just as relevant today.

Check it out. You will enjoy it. I placed a link at the end of this post. If you go there please remember to return here to read the other steps

Step 2. What Would You Love to Have In Your Life

2. Not just what you would like but what would you Love?  Get as clear as you are able on what you want.?  Think of it this way. When you order something online from Amazon or some other site you don’t type in “Just send me something you think I would like.”  Instead, you are very precise on the name of the article, the code numbers and color choices where applicable. Take the same approach to the new experience you are desiring, whether it is improved finances, health, relationships or work. You don’t have to wait until you have it perfect before moving on to step 3 but make it an ongoing project until you have it clear.
Step 3.  Not Just a Wish. Wishes Are Weak  – This Is  Real
3. Make a firm decision that it is going to happen. This is a step most people overlook. You probably never equated it with the differences in your own successes when you did it and your unsuccessful wishes when you did not. It is absolutely essential. It makes all the difference and you have already proved it to yourself.  Look back on your life and examine the things you wanted to do, be, have, and that you actually accomplished and experienced versus those that never materialized in your life. You will probably notice that for the things that did arrive you made a firm decision that you would succeed and then did whatever it took despite any obstacles. For those things that never worked out your decision was hesitant and your will to go forward crumbled as obstacles and difficulties appeared in your conditions.
Step 4.  Get Rid Of All Your REAL Obstacles
4. Identify every thought, idea and belief you have that is incompatible with getting what it is that you want. For example sometimes people tell me they want a new, good relationship. Later she/he says  “all the good ones are taken”. Now we have a physics problem. Those two ideas – having a new good relationship – and –all the good ones are taken- cannot exist at the same time. One of them has to go. Someone else might want more money and also hold unexamined beliefs that people who have over a certain amount of money are bad, or that there is a nobleness about suffering or simply that money is scarce and the amount that they want is impossible. Therefore it is necessary to consistently examine your ideas and beliefs (notice your self-talk). Every idea that is incongruent with getting what you want needs to be identified and released. It’s an ongoing process even as you move on to step 5.
Step 5. Acting Is Not Pretending
5.  Act as if what you are wanting is already occurring.  Many people have heard “fake it ‘till you make it”. That is not what I am talking about. I am  talking about taking the action on the next obvious step that you would take if you believed with absolute certainty (not hoped) that what you want in your life is already taking form. For example suppose someone told you that he/she knew for certain that he/she was going to Europe this summer and that he/she had no idea how because there was no money available.  I would ask a simple question. I would ask if he/she had a passport. If he/she didn’t I would know that he/she did not really believe it. If someone knew for certain he/she was going to Europe getting a passport is something that people do who know they are going on a trip. If you had a house for sale, and you really intended to sell it you would fix it up and get it ready for sale before a buyer showed up because that is what people do who really intend to sell a house. Taking action that is congruent with getting what you want because you have to be ready to receive it when it arrives. If your sailboat is stuck in an area with no wind you might pray for wind. If you don’t already have your sails up before the wind comes, it will go right past you because you were treating prayer like a wish instead of a certainty.
I recognize that when I am trying to change my condition and I am in “struggle” mode, it can be hard to do some of these steps. When that is the case then I suggest in addition to all of the above that you take Steps 6 and 7.  Step 6 is work with a Practitioner and Step 7 is develop a set of daily Spiritual Practices and do them daily.
The trick to effective prayer is developing a level of trust in the prayer process that enables you to move right along in the direction of your dreams. We call that opening our consciousness.  Sometimes we need to begin by praying for clarity and to deepen our trust before we can budge those old beliefs.   – Reverend Dr. Jane Claypool

Here is the link I promised to Natalie Merchant’s youtube video “Wonder” in step one;     https://www.youtube.com/watch?v=6zpYFAzhAZY.        Notice the wonderful Guitar work by Jennifer Turner at a time (maybe still) that it was uncommon for a woman guitarist to be chosen as lead guitar. Although Natalie Merchant is great Jennifer Turner added so much to this whole album.
Posted by Rev. Bruce Fredenburg 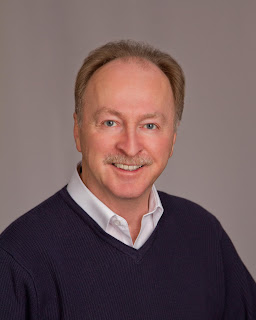 Staff Minister; Science of Mind in Mental Health
In addition to being an Ordained Minister with Centers for Spiritual Living Reverend  Bruce is a Licensed Marriage and Family Therapist, practicing in Laguna Hills, California since 1982. He is a Clinical Member of the California Association of Marriage and Family Therapists, a Child Specialist and Divorce Coach with Collaborative Divorce Solutions Orange County a member of  the International Association of Collaborative Professionals and is a trained  Mediator.  Reverend  Bruce is also a professional speaker who brings wit and humor into everything he does He has served as a Staff Minister with a focus on Science of Mind in Mental Health at CSLCV since 2003
Share this post